After a thorough process, we have appointed a new member of the staff team.  Ben Horrex will be joining us in January and overseeing our work with 11s and up.

Ben is currently the full-time Youth Minister for St Luke’s Church, Thurnby. Alongside a team of volunteers, he runs groups for their young people between the ages of 11-18 as well as summer camps and one-off events during the year.

Ben grew up in Suffolk before moving to the Midlands to study History and Politics at Nottingham University. He has worked at Cornerstone Church, Nottingham (FIEC) while training with the Midlands Gospel Partnership and has led teams for the Street Pastors organisation, ministering to those on the fringe of society.

Prior to moving into ministry, Ben has worked for theatres, schools, the BBC and an ambulance service. Ben is engaged to Lizzi and they plan to get married in October this year. In his spare time, Ben reads at least one book each week, creates resources for youth workers, writes and reviews for a national youth work magazine and laughs far more than is normal! 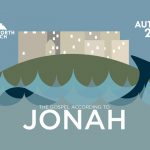 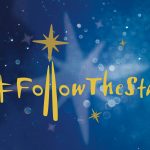